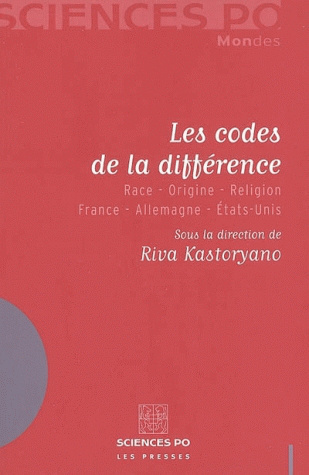 How is the "other" defined in France, in the United States, and in Germany? Read More

The analyses of historians, political scientists, and sociologists are combined in this work, which illustrates how each society defines its codes of otherness and exclusion in the context of its national vision.

This reference passes from one study of ideation to another, then moves to studies of classification, political recognition of diversity and finally interactions between individuals, groups, and political parties.

"Race" remains in the United States the basis of permanent affinity. In France, religion has instead established itself as the institutional criteria for categorization, while in Germany, religion and language have replaced nationality in the definition of the foreigner. The countries must mould a diversity which imposes itself in terms of recognition, be it cultural or institutional. They advance by trial and error and mingle historic principles and political pragmatism.

For these three democracies, the challenge is the same: to value diversity without engendering exclusion.