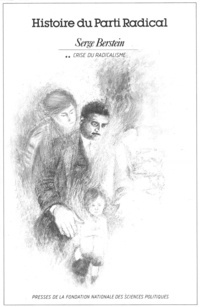 In 1926, the left-union block reconstitution plan, based on the Cartel on which the Radical Party had been reconstructed, failed. The Crise du radicalisme opened with this failure. On a doctrinal level the young Radical générations undertook a revision of the traditional ideas based on realism and France's adaptation to the 20th century, but thèse Young-Turks' challenge to the historical références provoked considérable dissension within the party. In terms of concrète action, the Radical leaders from then on defined their party as a center movement, even if its militants' attachment to the left union led to practising republican discipline in the élections. This contradiction between a reliance on a left majority and a centrist practise in power led the Radical Party to being no more than a complément to the opposing coalitions of the national union which dominated from 1934 to 1936 or of the Popular Front which triumphed in 1936. In 1938, just prior to the collapse of a régime which it was intimately associated with, the Radical Party re-established its rôle in the forefront, but by turning its back on the traditions on which it had been based since the 19th century.
Paperback - In French - Out of print
Notify me
ePub (EPUB) - In French 14.99 €
Click here to buy from these retailers: