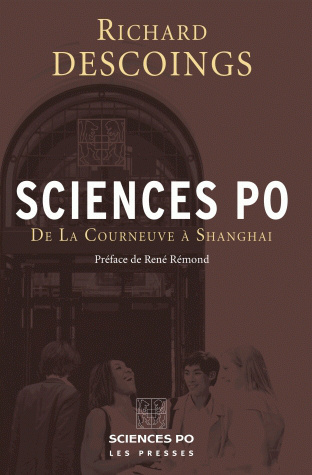 This book by Richard Descoings shows how it is possible to reconcile globalization and democratisation in a practical sense. Read More

In this book Richard Descoings, the director of Sciences Po (Institut d’études politiques de Paris) explains how he has been able to democratize student intake while at the same time to develop Sciences Po as a competitive player in the global arena.

After giving a brief history of Sciences Po, Richard Descoings shows how the Institute formed a unique educational strategy through educational vision and academic policy combined with a new research library and the role played by the university Press.

The book, however, goes beyond the very particular case of Sciences Po. Richard Descoings reflects on the ways and means which will allow France to strengthen and develop its role in the international arena of higher education and research. He highlights the attributes of French universities, “Grandes écoles” and research institutions and suggest paths for moving forward in four areas :
1) Establishing independence for university 2) Democratising higher education
3) Financing universities and research
4) Governing university As a strong believer in practical and effective action, the author deals with the questions of “what to do” and “how to do it” based on the success he has had working towards a stronger and more democratic higher education system.
Paperback - In French 23.00 €
Buy
ePub (EPUB) - In French 4.99 €
Click here to buy from these retailers: