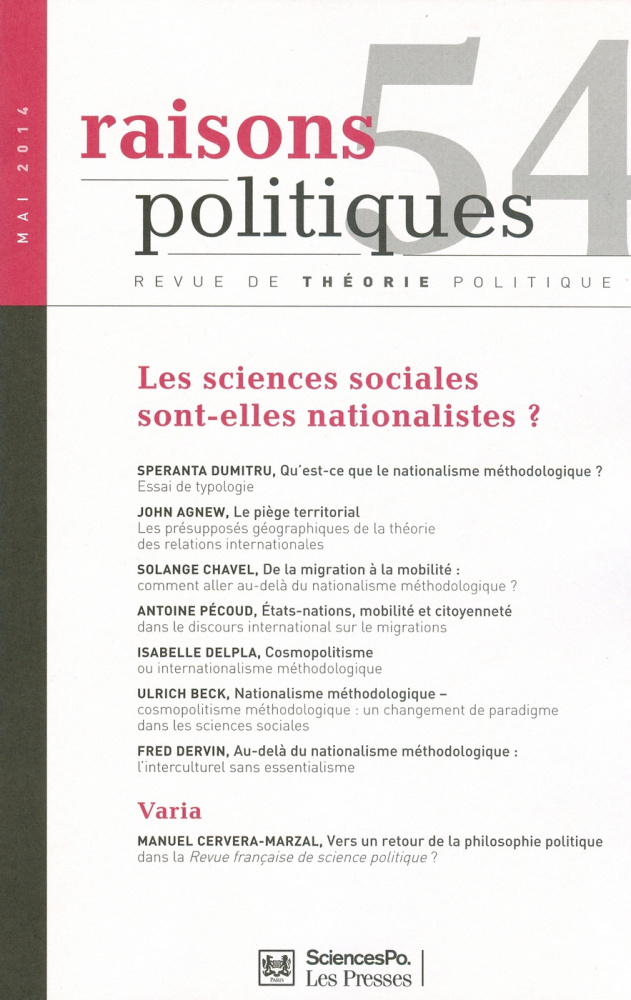 The territorial trap: The geographical assumptions of international relations theory
John Agnew
Even when political rule is territorial, territoriality does not necessarily entail the practices of total mutual exclusion which dominant understandings of the modem territorial state attribute to it. However, when the territoriality of the state is debated by international relations theorists the discussion is overwhelmingly in terms of the persistence or obsolescence of the territorial state as an unchanging entity rather than in terms of its significance and meaning in different historical-geographical circumstances. Contemporary events call this approach into question. The end of the Cold War, the increased velocity and volatility of the world economy, and the emergence of political movements outside the framework of territorial states, suggest the need to consider the territoriality of states in historical context. Conventional thinking relies on three geographical assumptions (states as fixed units of sovereign space, the domestic foreign polarity, and states as "containers" of societies) that have led into the “territorial trap”.

From migration to mobility: How to go beyond methodological nationalism?
Solange Chavel
This paper aims to show that our awareness and framing of normative problems varies considerably, when seen through the lens and vocabulary of “migration” or through that of “mobility”. In order to do this I use two sets of studies: (1) on the one hand, studies focusing on the criticism of methodological nationalism; (2) on the other hand, studies developed in the wake of the “mobility turn”. The epistemological criticism of methodological nationalism leads us to switch from “migration studies” towards “mobilities studies”, and to propose other ways of allocating the rights and advantages usually associated with national citizenship.

Nation-states, mobility and citizenship in international migration narratives
Antoine Pécoud
In the past fifteen years, migrations have been subject to an internationalization process with states increasingly debating issues raised by the transnational mobility of people. This article focuses on how different international forums (international organizations, global forums, international committees) attempt to conceive of migration as a transnational process which calls for coordinated policies and forms of “global governance”. The international construction of migration constantly vacillates, as will be shown, between a transnational paradigm of interstate mobility understood as a normal feature of a globalized world, and a national paradigm which assumes national belonging to be crucial not only in developing the “governance” of migration but also in understanding migrants’ identity and the very nature of migration. The persistence of national frame is explained by both political factors (a working framework which is mainly intergovernmental) and intellectual factors (an inability to understand migration beyond state-centered schemes).

Methodological Nationalism – Methodological Cosmopolitism: A paradigm shift in social sciences
Ulrich Beck
This article argues that methodological nationalism is at odds with the “cosmopolitisation of reality” produced by a global awareness of crises and risks which are neither confined, nor intelligible, at a national level. The article clarifies the notion of methodological cosmopolitanism which is to be distinguished from both normative cosmopolitanism and other ways to cope with difference. The processes of cosmopolitsation are described in seven theses which untangle the conditions of possibility of a cosmopolitan imagined community.