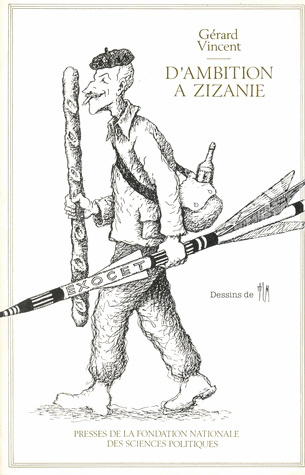 « Social classes. Working class, popular class, middle class(es), upper or ruling class, privileged classes — thèse terms belong to everyday language and to political discourse. Is there a politician, on the left or the right, who does not déclare " that lie is seriously preoccupied with the condition of the underprivileged social classes " ? A repeated référence — which, for reasons that hâve nothing to do with chance are never clarified, since the fuzziness that it masks lets the illusion of verbal communication be maintained — the social class constitutes a largely ungraspable reality. A reality ? Of course, since the Portuguese worker does not dine with his doctor ; since — as A. Girard showed — the choice of one's spouse is made in "one's milieu". Young people's cohabitation has not changea the situation : whisky drinkers do not mix with drinkers of pastis, except at the Club Méditerranée. Ungraspable ? Yes, since leaving the heights of political theory, the researcher who resigns himself to the modest rôle of classifier (and who attempts to classify men and women rather than social positions) constantly asks himself the question : " Where should they go " ? » If this lexicon, established by Gérard Vincent and illustrated by Tim, is less than a dictionary, it is more than a simple list : under each heading will be found the etymology and history of the word, its définition or définitions according to différent authors, the présent state of the problematic, bibliographie références. It also describes the socio-economic structures, mentalities in their permanence and their évolution. It is an undertaking
Paperback - In French 31.00 €
Buy