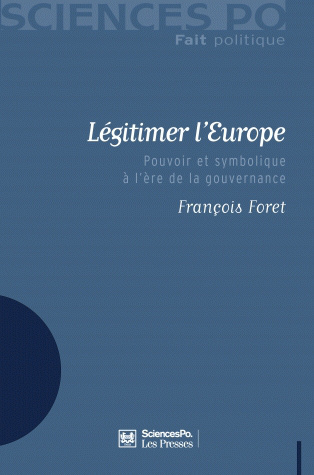 This book deals with the symbolic aspect of the European expansion and national political life... Read More

After the failure of the European Constitution, the great temptation is to pull focus from institutional and theoretical debates and return to a concrete "Europe of programs" justified by day to day results. This is to forget the fundamental political demands expressed by the people, who are still waiting for answers: who decides, in whose name, and for what? Where is the power, how is it manifested in the time, space, and world in which everyday citizens live? How do we live with the Other without ceasing to be Ourselves?

The study of the European Union's symbols and context informs which road the construction of the political order takes, or not. In replacing the current issues of community integration in the long term, François Foret suggests that politics change in scale but not necessarily in nature. The way politics manifest public authority and social unity pose questions that are constantly renewed, which rationalization and domination cannot assuage.

All across the way in which Europe has been incarnated, targeted, ritualized and put into words, it has been our identities and our principles that have been redefined. The transformation is profound and multidimensional – “Brussels” having only been the catalyst after all – but nations, cultures, and emotions have resisted.

An analysis achieved on an ever-burning issue: how to justify political power and to live side by side today, while articulating national identities along with European identity?

François Foret teaches political science at the University Libre de Bruxelles (ULB). He is Director of Political Research at the Institute of European Studies at ULB and a Researcher at the Center of Studies of Political Life (Cevipol). He recently directed The Sacred Test of European Public Space (Éditions de l’Université de Bruxelles, 2007).