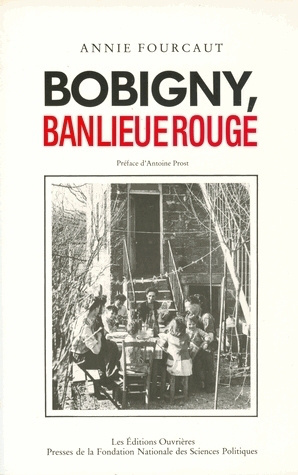 The myth of the red suburbs, a major thème of political debate between the two wars, has not totally disappeared. Formed between 1924 and the Popular Front, it embodies the radical opposition between the barren, abandoned suburbs, destined by nature to revolt and révolution, and the besieged capital where order, civilization, and the symbols of capitalism are concentrated : new communards beyond the outskirts, the barbarians, that is the communists, surround Paris. To understand the myth, and go beyond it, the author has gathered the démographie, économie, and social data which favored the Communist Party's implantation. She chose Bobigny because the town has constantly elected a communist-led council since 1920 and because Jean-Marie Clamamus, a leading personality of worker suburbs, was its deputy and then its senator-mayor. She reconstructs the daily life of the pioneers of the housing estâtes of the inter-war period and shows how, in this original atmosphère, the Communist Party assured its hegemony. The lively description of the golden âge of the communist suburbs leads to a question : is the long crisis of the political model invented between the two wars the explanation of the slow disappearance of the red belt ?
Paperback - In French 20.50 € - Out of print
Notify me
PDF - In French 14.99 € - Out of print
Notify me