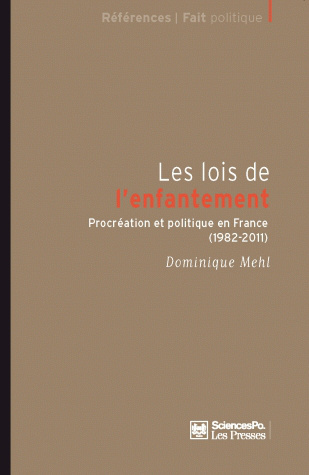 From the moment the first French "test tube" baby was born in 1982, intense social debates arose. Will this procedure dehumanize birth? Is family primarily biological or social? Are families resulting from fertility labs families like any other?

A long process began, which lead to the adoption of bioethics laws in 1994. In France, only a couple comprised of one man and one woman in a stable relationship are allowed, the donation of sperm and eggs are free and anonymous, and surrogate mothers are prohibited.

Fifteen years later, the laws are back to the drawing board. Times have changed, and the family has diversified. Children born thanks to a donor demand to know about their origins. The gestation for others hasn't been eradicated. Same sex couples demand to be recognized. The controversy reignites and policies have been questioned. Nevertheless, against all expectations, the law has been revisited.

An unprecedented synthesis of thirty years of public debate and political decisions around a societal subject revolutionized by scientific progress.

The Author: Dominique Mehl is a sociologist at CNRS. She has followed reproductive medicine issues since their emergence and works closely with doctors, intellectuals, and policy makers on life and its representations as linked to childbirth. She has already published two works on the question: Naître ? (Bayard, 1999) et Enfants du don (Robert Laffont, 2008).