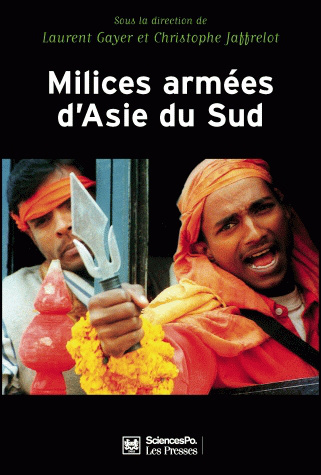 The number of victims of civil wars, guerrillas or military repressions has not ceased to increase on the Indian subcontinent, despite the absence of interurban wars for the last ten years. These conflicts implicate militias of a paramilitary style, whose ideologies, sociology and strategies are unveiled by this work.

Quite influential in India and in Nepal, Maoist organizations call themselves revolutionaries. But the peoples they aspire to liberate are often composed of the lowest castes and of tribal groups, their guerillas thereby appearing more ethnic than universalist.

They join in with the national emancipation movements whose aim is to obtain political independence for linguistic, religious, or tribal groups. But in Sri Lanka, in Kashmir or in Burma, these groups are also movements of national oppression.

It is already the case for nationalist or religious movements in India, Pakistan and Bangladesh, where Islamic, Nationalist Hindu, or Sikh militias exert a brutal control over their communities, which are in the middle of a veritable police culture.

Militias and states foster complex relations. Sometimes they become veritable states within the State, the militias equally institutionalized by public powers for relaying their authority on the local level.